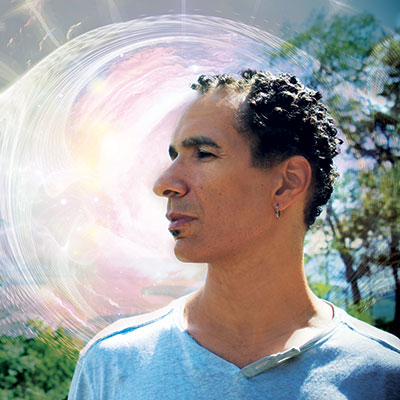 Gilmore’s playing has been compared to guitarists as diverse as George Benson, Wes Montgomery, Jimi Hendrix and Leo Nocentelli. He is committed to an improvisational approach that reflects a global awareness. One result of this global ethic, the work “African Continuum” – enabled by a CMA New Works Composer Grant– was premiered to the public in Spring 2003.

In addition to his significance presence on the international touring scene, Gilmore has also appeared on over 50 recordings, including three of his own as leader. His first CD, “Ritualism” (2001) received international critical praise and was nominated for the 2001 Debut CD of the Year by the Jazz Journalists Association. “Unified Presence” and “Numerology” have also been widely praised. His latest project, “Energies of Change,” refers to “the phenomena of an ever-changing and unpredictable world that continues to defy mankind’s attempts to make it more understandable and manageable.”

He further remarks of this album: “The immediacy and spontaneity of musical improvisation is a direct reflection and expression of life’s hidden intelligence, and to move and groove with the Energies of Change is to truly be in the Moment of Now, and at least for brief moments, transcend the illusion of Space and Time. The music of the ensemble (Marcus Strickland – tenor and alto sax, bass clarinet, Luis Perdomo – piano, Ben Williams – bass, Rudy Royston – drums) is both a reflection of the past and the future, bringing post-bop elements of swing mixed with odd-meter moments of fury.”

Besides recording and touring, Gilmore teaches Guitar Studies at the prestigious Berklee College of Music where he is an Associate Professor. He also conducts master classes around the world, giving him an opportunity to share his talents, concepts and experiences with new generations of young musicians.

“[Gilmore] is experienced, accomplished, diversified and respected, and has his own, highly-developed musical vision. ” – S. Victor Aaron, Something Else Reviews