South Beach Gets It’s Own Jazz Fest (with performances produced by KCC Productions!)

South Beach Gets Its Own Jazz Fest

David New believes, and rightly so, that the South Beach Jazz Festival can become an event that rivals Newport Jazz Festival, Monterey Pop, New Orleans, or any of the great jazz festivals.

He’s about to prove it when the First Annual South Beach Jazz Festival (www.sobejazz.com) takes over various venues on Miami Beach beginning Dec. 7 through Dec. 11 with 16 artists performing over the four days. Many of the events free and open to the public.  Performances will take place at the Colony Theatre, on stages set up throughout Lincoln Road, at Hotel Astor and Rare. 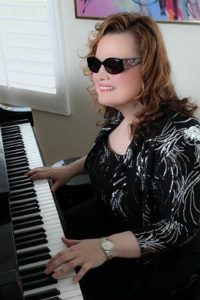 The headliner for the festival is the incomparable Diane Schuur, regarded as one of Contemporary Jazz’s leading vocalists. Born blind from birth, she was gifted with perfect pitch and initially taught herself to play piano by ear. She has performed with some of the greats and is frequently a guest at the White House to perform. She was one of the select musical guests invited to perform for Steve Wonder at the Kennedy Center Honors.

Presented by New’s non-profit group Power Access, whose mission it is to create awareness about the disabled community through experiential events, New’s idea is to showcase the artistry of people with disabilities. “Each musical performance will showcase the artistry of at least one person with a disability. The sheer talent of the artists will promote the festival’s dual goal, to entertain, and to define others by ability rather than disability.

Now age 46, New lost his sight 15 years ago and was rendered paralyzed from the waist down for two years. Since that time, he has been a steadfast advocate for people with disabilities, especially with his ongoing efforts with the City of Miami Beach. Through his Miami Beach-based companies, Ability Explosion, Access Now and Power Access, David has worked tirelessly to raise awareness of people with disabilities, including the “Dining in the Dark” and Biz-Ability events. 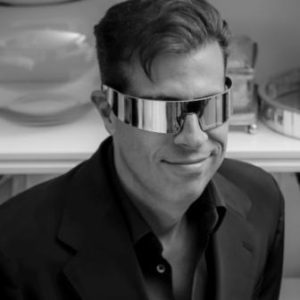 miamiartzine.com spoke with New about the jazz fest and a few of the ways he’s gone about raising money for the event, including the sale of Lola’s Jazzy Bones, the dog bones he creates from scratch for his guide dog.

miamiartzine.com: How did you decide to take on a jazz festival? That seems like a huge undertaking.

David New: Power Access has done other events in the past six years Lights Out Miami Beach, a dining in the dark experience. We had almost 1,000 people participate citywide. The next one will be Dec. 10 at NEXXT Café on Lincoln Road. We’ve done wheelchair basketball events, 5K runs, the Visibility Luncheon with the Chamber of Commerce, music symposiums and children’s programs. This year, I wanted to do something more inclusive. I love creating events because it involves bringing people together, and, I this case, bringing music and sound and visual aspects of a venue.

maz: Tell me about the idea of having at least one person with a disability performing in each group.

DN: The truth of the matter is that most people have some kind of a challenge depending on their age or their circumstance. I picked Dianne Schuur first to be our headliner and my production company had told me about all these other Grammy Award winners. They asked me is it that important (about the disability)? And I said :Yes, it is.” Most people with disabilities aren’t recognizable from the outside, but they may have all kinds of things – they could be diabetic, or have some kind of a birth defect, or even alcoholism, or attention deficit disorder, all of these things that are classified under ther Americans With Disabilities Act. All you need to know is that it exists. It’s a personal thing, some people prefer not to speak about it. The thing we all have in common is our humanity.

maz: So this is the first jazz festival. Will there be others?

DN: The plan is to start with a bang and I want to grow it so that each year it becomes bigger and bigger and is well known around the world and the country — like Newport Jazz, Monterey, New Orleans, I think it can achieve that status. South Beach is a great venue for that kind of thing. Inclusive of businesses and hotels on the beach. There are hundreds of venues where this can expand.

maz: Any idea about other headliners in the future?

DN: My ultimate dream person would be Stevie Wonder to be performing on the stage on the Beach for 100,000 people. I already have my feelers out to get him involved. It requires big dollars and a lot of support.

maz: What kind of support have you seen for the first annual South Beach Jazz Festival?

maz: How did you come up with the idea of making dog bones?

DN: My sister had done something similar because her daughter raised money for her guide dog school in Israel and I said give me your recipe. I bought molds and I started making the bones ata home and I wrapped them up with a purple ribbon and we presented them to the stores and you can buy them on our website, too.

maz: You have other fundraising activities for the event, too.’

DN: We have an online auction which is live now . . . Everything from original prints by Romero Britto to plastic surgery packages to massages, so that’s going on through the festival and we’re doing a raffle which is the grand prize. I am trying to utilize every single way to raise funds for this and I figure something will stick.

The South Beach Jazz Festival presents 16 jazz artists over the course of four days, with performances produced by KCC Productions. The Colony Theatre and Rare will host ticketed concerts, with free performances on stages at Euclid Circle and 1111 Lincoln Road.  Information and tickets are available at www.sobejazz.com.

Raffle tickets to win a $500 gift certificate from Lululemon are available for purchase on the website (www.sobejazz.com) for $5 each, or three for $10. The drawing will be held on Dec, 12, and all proceeds benefit Power Access, Inc. and the South Beach Jazz Festival.  In addition, a GoFundMe page has been set up where people can make donations – www.gofundme.com/sobejazz.

For further information on tickets, sponsorship or volunteer opportunities, go to www.SoBeJazz.com or call (786) 607-JAZZ.

5 years ago in Uncategorized
Comments

The Chardavoine Haitian Experience at Jazz at MOCA

Julio Montalvo at Jazz at MOCA