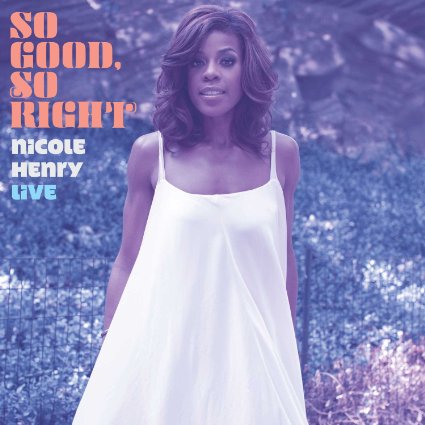 So Good So Right

On her sixth album So Good, So Right: Nicole Henry LIVE, Henry demonstrates her gift for sublime interpretation as well as her love for the emotionally tinged soul, pop and rock songs that were staples of the 1970s. The 13-track live album, which was recorded at Henry s sold-out performances at Feinstein s in NYC in May 2012, showcases her soulful, inspired interpretations of some of her favorite classic hits of the decade from iconic artists including Bill Withers, Aretha Franklin, Joni Mitchell, James Taylor, The Commodores and Gladys Knight.